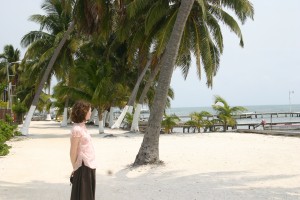 Curly on the beach

Caye Caulker is a fairly small island in the Caribbean Sea with a very laid back atmosphere and not much to do, which is why I chose it. It’s not as packed with tourists as some of the other islands and there aren’t any large ritzy resorts. We were looking forward to just chilling on an island for a couple of days before we headed inland to explore the Maya ruins. On Friday (April 1st) we wandered around the island in 90 degree heat with about 70 percent humidity (this weather was typical for the duration of our trip) with a break in the middle of the day to get out of the sun. The island is cute and colorful, the people are very nice, and the Caribbean Sea is never far from view. The people on Caye Caulker (Caye is pronounced “key”) used to make their living primarily from fishing, but tourism has taken over so it’s hard to walk down any of the streets without someone trying to sell you something. Amazingly, we left the island without buying any souvenirs.

That morning we saw the first of many lizards during our trip. It was poking its head through a chain link fence and I tried to get close enough for Bee to take a picture of us together, but it scurried away before I got too close. 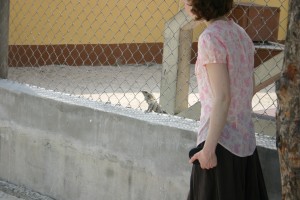 Curly and the lizard on Caye Caulker

Mangroves are common in Belize, and they make for beautiful pictures. 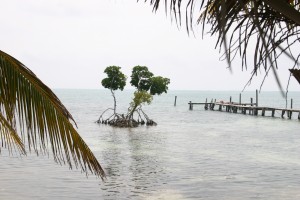 Now here’s the shot from a few feet back. Notice all the litter on the beach. 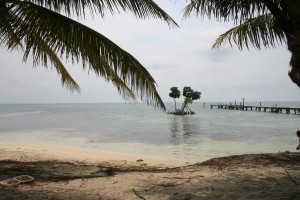 Litter on the beach 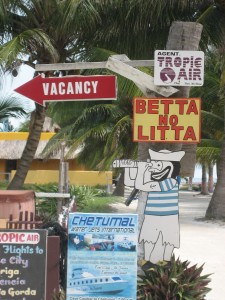 I love this collection of signs!

Unfortunately, people all over Belize would do well to observe this pirate’s request. There was garbage all over Belize, and I have to say, I don’t think the tourists are the main culprits. It was sad, because it takes away from the natural beauty of the country.

Bee had the best fish and chips of his life for lunch that day, and I had a fantastic fish sandwich for dinner. Fish straight from the sea is so good! We have good seafood in Seattle, but it’s often expensive and obviously not the same kind of fish. Yum!

Here’s a small selection of some of the pictures we took while we explored the island. 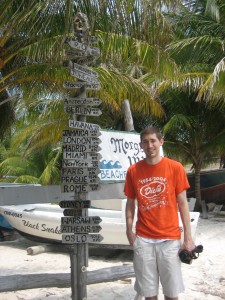 This road sign points to major cities around the world. 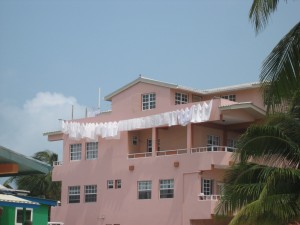 Bed linens hung out to dry at a hotel. 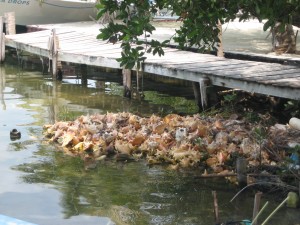 A pile of conch shells by a dock - along with some garbage. 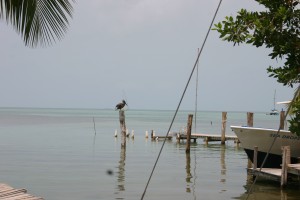 Pelicans were all over. 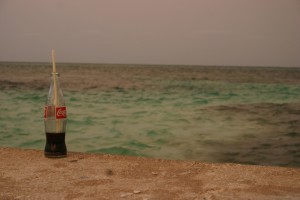 Soda is made with cane sugar in Belize, and is very tasty! 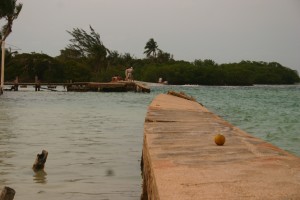 This was the main swimming area on the island. 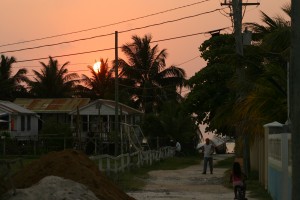 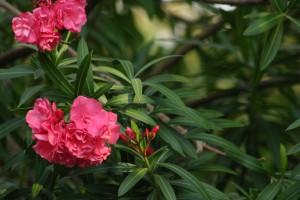 There were flowering plants everywhere - so pretty! 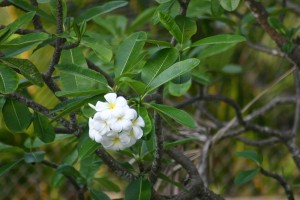 Bee took the pictures of the flowers from our balcony.

As we walked around the island we noticed hundreds of little holes in the sand along the sides of the roads. – an inch to maybe 8 inches in diameter.  Eventually we discovered what lives in them. Land crabs! Bee snapped some beautiful shots. 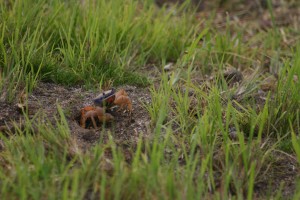 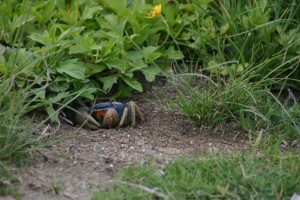 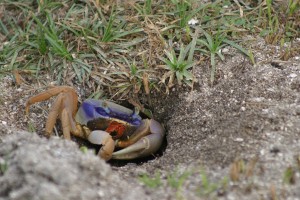 They tend to come out in the evening when it's cooler.

We had a nice time on Caye Caulker, but we were ready to head into the jungle and pick up the pace. 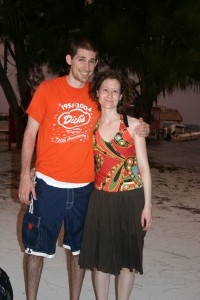 Our second night on Caye Caulker. 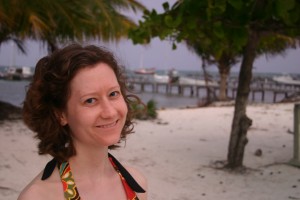 This is one of Bee's favorite photos.