You Better Belize It! Day 7 (Xunantunich) 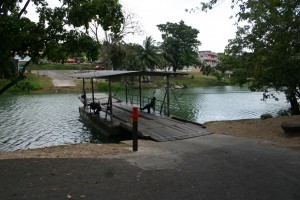 This is the hand-cranked ferry that is operated by the nice man sitting in the chair. He has a clipboard on which he keeps track of how many people cross the river on the ferry.

There was one more nearby Maya ruin that we wanted to see, so on Wednesday (April 6th) we braved the bus again and headed to Xunantunich (pronounced shoo-nahn-too-neech). As is common with ancient Maya cities, it is situated high on a hilltop. Oh joy! Another hill to climb. To get to it you have to cross the Mopan River on a hand-cranked ferry (there is a man who is employed full-time to operate the free ferry) then walk about a mile uphill. We were lucky again in that there were very few people there that day, so it was quiet and we pretty much had the place to ourselves. We saw an amazingly old photograph, climbed to the top of several structures to see the stunning view of the jungle, encountered a few iguanas, finally saw the engravings Bee had been hoping for all week long, found and photographed a cicada in a tree, and saw a family of monkeys. After several hours we walked back down the hill, crossed the river, and walked into the little village to have lunch at Benny’s Kitchen, which had been recommended to us by one of our guides for ATM (it did not disappoint). 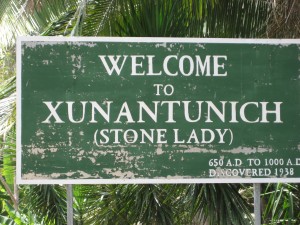 Hooray! We made it up the hill!

This was the first ruin we saw as we entered the city. Bee is standing in the middle. 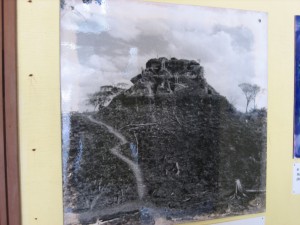 Then we came to a little visitors center and saw this photo. I think it's from the 1930s, and it shows what the largest structure looked like when it was discovered. 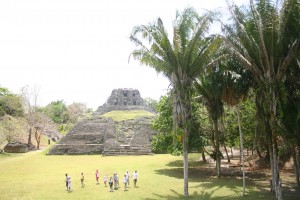 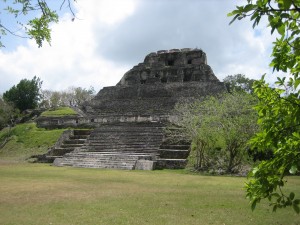 Here's a closer look at the tall building you can see in the two previous pictures. We climbed to the top. 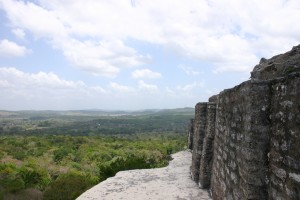 This was the view from the top. It truly was stunning, and we were the only people up there for a while which was very nice. 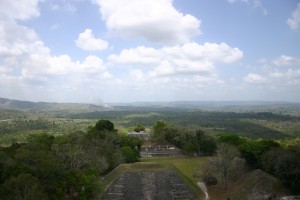 A view of the plaza from the top. 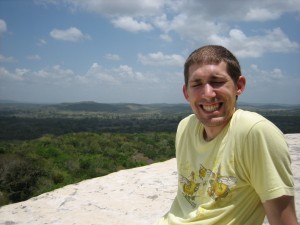 Bee chillin' on the top. 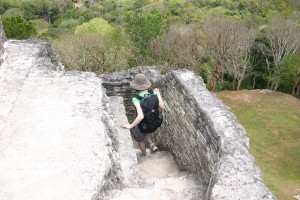 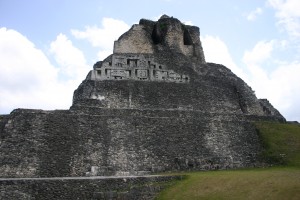 That same ruin has beautiful friezes on the east and west sides. This is what Bee had been hoping to see. 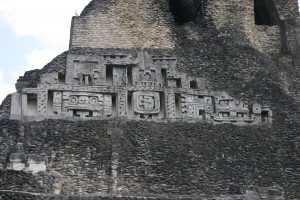 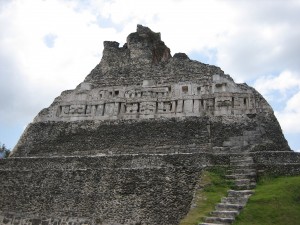 This is the eastern frieze. It's interesting to note that what you see is an exact replica of the original, which is 1 meter behind the fiberglass duplicate in order to preserve it. 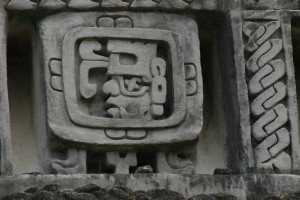 A closer look at the frieze on the west side. 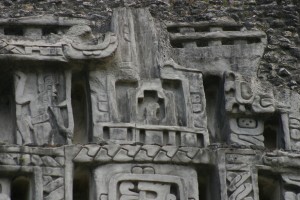 Look at the dancer on the left. 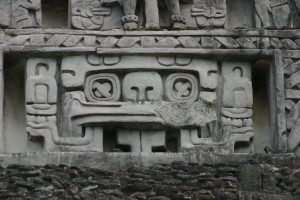 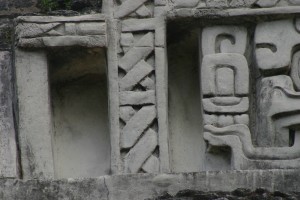 One more on the west side.

This is the east frieze. 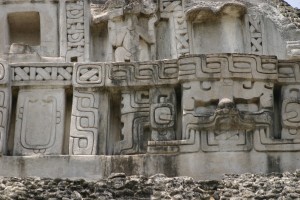 Apparently there's a lot of symbolism in the artwork. I don't remember what it is.

One more on the east side. 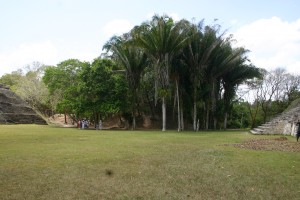 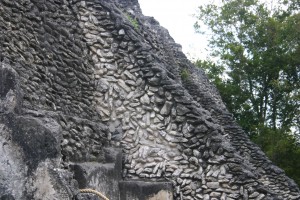 There was some unusual stone work at Xunantunich. 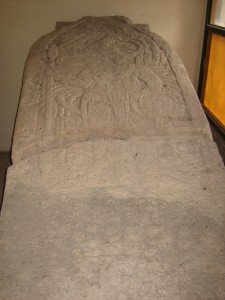 This engraving was moved to a covered area to preserve it. 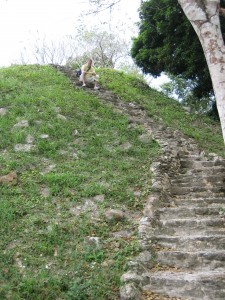 My favorite person sitting on the steps of a covered ruin. 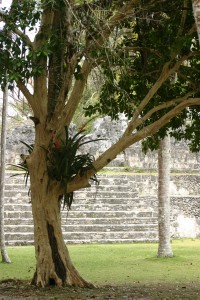 This is Bee's favorite photo from our trip (he took it). It's an allspice tree with an impressive orchid growing on it. We love allspice trees! When you crush the leaves in your hands the heavenly smell of fresh allspice (yes, the kind you cook with, although it's the berry that is dried and crushed for cooking) is released. It smells wonderful! 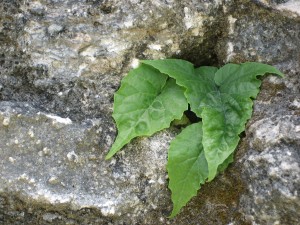 Sometimes little plants grow in the cracks of the ruins. 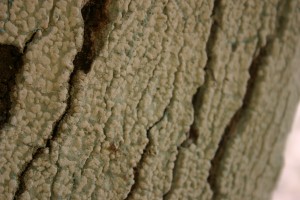 Some interesting tree bark that Bee liked the texture of. 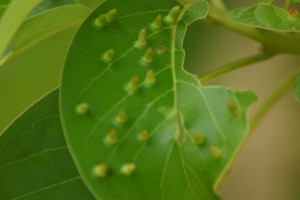 We don't know what these strange bumps are (eggs?), but they were cool. 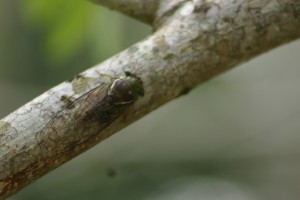 The cicadas are SO loud in Belize! Bee spotted this one after it almost made him deaf. It was about 2 inches long. 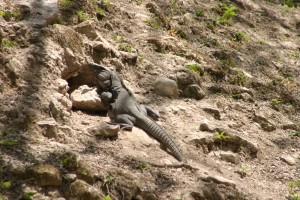 One of our iguana friends who was hanging out on an uncovered ruin. He was big! 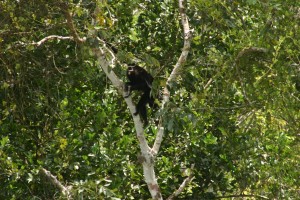 An elusive monkey - one of the few we saw on our trip.