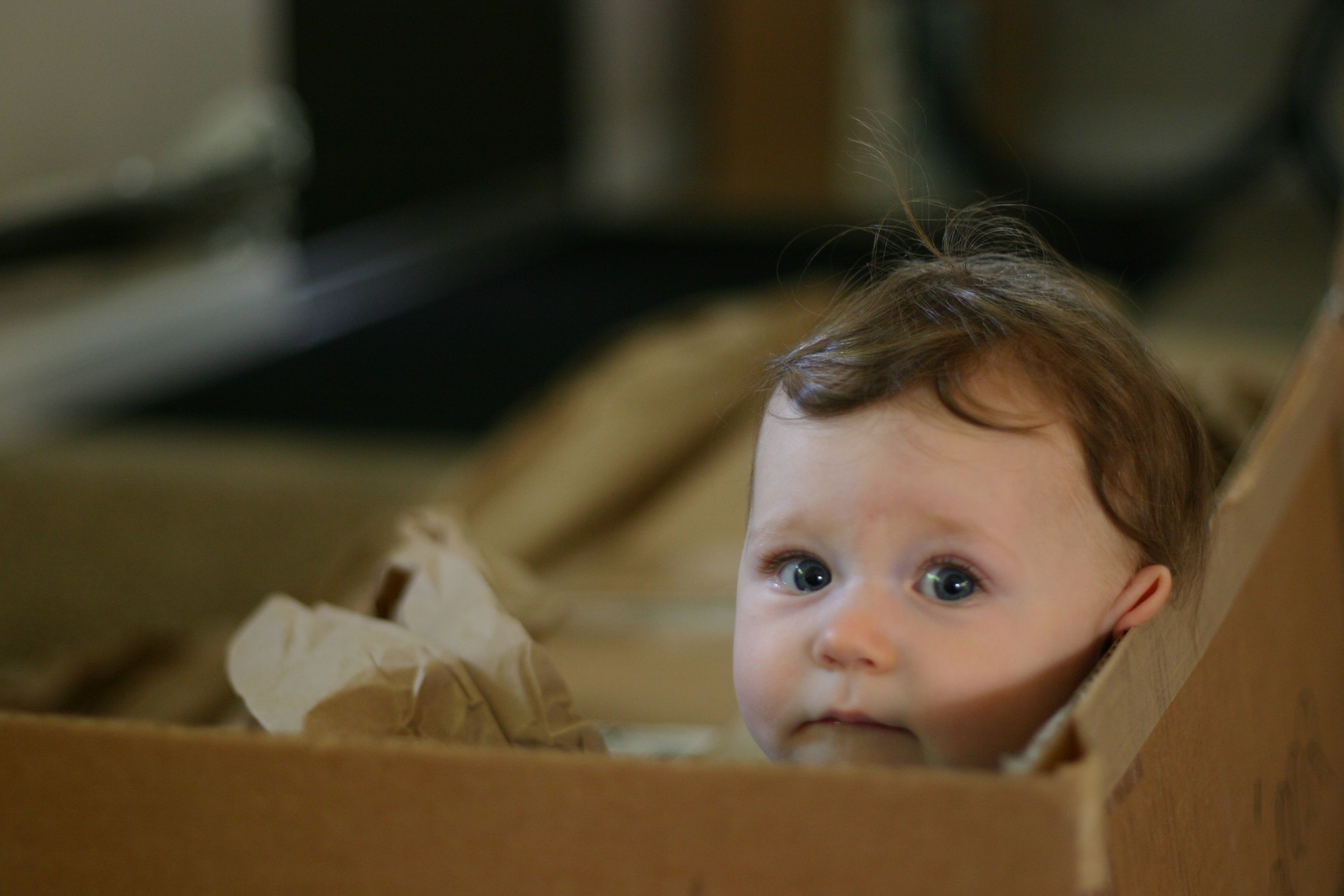 My aunt requested some new photos of T-Bone and our new house. I have some recent pictures of her, but will have to post pictures of the house later.

I took these pictures tonight at dinner. I had put a towel over her lap to keep the red sauce from getting all over her diaper cover, and when she was done eating she pulled it up and over her head like a cape. It was so cute I had to grab the camera. 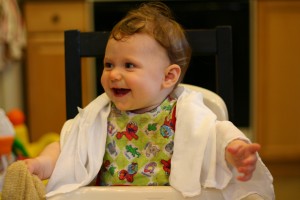 A week or so ago Bee got a large box in the mail and T-Bone helped him unpack it. I came into the room to find her like this. 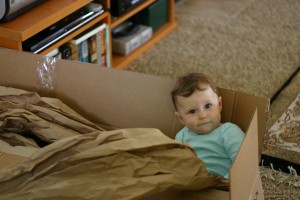 A lot of our pictures are taken at mealtimes. 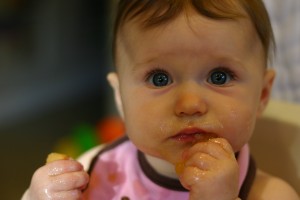 She’s still doing her army crawl, but will do two or three steps in an actual crawl now before flopping onto her tummy and hauling herself across the floor. Pretty stinkin’ fast, too. 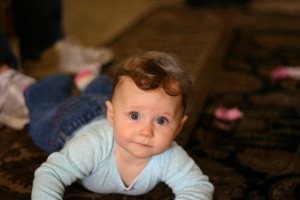 Bee took this picture several weeks ago after I had gone to bed. She can’t wear these shoes anymore, but I love the contrast between her Papa’s shoes and her own.